While many mothers choose to use epidurals during labor, other mothers opt for unmedicated births. As Dr. Edna Ma, an anesthesiologist explains, the decision is ultimately a maternal choice. “Health professionals should respect a mother’s choice and her autonomy, provided there is no harm to the mom or baby. I believe she also has the right to change her mind.”

And yes, you can change your mind! Dr. Ma explains that for mothers on the fence about an epidural, she usually advises getting one placed before it becomes “too late” — there’s a point during labor when mom has to start pushing and it becomes impossible to properly position her for safe insertion of an epidural catheter. Epidurals aren’t all or nothing switches, and your anesthesiologist can also minimally dose the medicine or not dose the medicine at all, leaving the catheter as an “insurance policy.” Dr. Ma says that once the catheter is placed, “If the baby is in distress and a c-section needs to be performed immediately, the anesthesiologist can dose the medications through the epidural catheter already placed. If there isn’t an epidural, then either an immediate spinal or general anesthesia must be administered.”

It should also be noted that while some believe that epidurals can cause postpartum depression, the medical evidence actually points to the contrary. Regardless of your reasoning, or birth plan, it’s important to communicate your wishes to your birth team. Don’t be afraid to speak up about your wishes either way — after all, it’s your body. Here, seven mothers who had unmedicated births explain what it felt like.

1. “Physically, my non-medicated deliveries felt like the tide of the ocean with each contraction. There was a rolling pain radiating through my stomach to my back. You would get a few moments relief and then, another contraction. It was exhausting to not have more rest — it was like the longest marathon. When it was finally time to push, it felt as if there was no other option. I wanted the contractions to stop and this was the way to make that happen, so I looked forward to pushing baby out. Even though it hurt — like a burning sensation — I felt such relief when baby was delivered. Emotionally, it was liberating. I have never felt more proud of my body and mind.”—Amie, 37

2. “I’ve often heard labor and childbirth being compared to completing a marathon. After having done both, I can say that a marathon is much easier because at least you can see the miles ticking off. Yes, [a marathon] is hard physically and mentally, but you can train for it, know what to expect, and there’s an easy system for seeing how far you’ve gone and how much you have left to go. Not so with childbirth. For me, that was the hard part. The physical sensations of labor were like nothing I’ve experienced before or after. It was like a band of squeezing pressure that was neither painful nor pleasurable. We had a quiet, pain-free, unmedicated birth and it felt amazing to finally be free of the physical weight of carrying her in my body and the pressure of labor. Releasing her into the world was like the relief you feel after agonizing over a tough conversation you have to have with someone and then having it go well.”—Kelly, 39

3. “I remember walking down the corridor of the hospital and feeling like I was stoned. Nature’s gift, to those who choose to remain unmedicated, apparently, is a natural high. Once admitted, the pain was intense. I had back labor [Editor’s note: intense labor sensations felt in the lower back], which felt like ice skating, falling on your tailbone, getting up, and falling again. I didn’t have pain in the front of my body, but the contractions were so strong it was like a literal wave, washing from the top of my abdomen to the bottom and almost pulling me down the bed with it. It wasn’t painful, it was just really strong. I was told to push before my body was ready, and I had no idea what to do, so I ended up bursting the blood vessels in my eyes. When my body was ready, the muscles all worked and there was a natural sense of bearing down. It’s sort of like the opposite of an orgasm, but the same idea in that the muscles do the work they are supposed to and trying to force it doesn’t help anything.”— Janis, 34

4. “The pain of going through a long labor without medication was unreal, like being ripped apart from the inside. Once I could touch my daughter’s head with my hand, it got exciting again because I knew we were finally close. The only way I was able to get through it was by promising myself I would never, ever make myself do it again. Afterward, I definitely felt like I had won an Olympic gold medal. Two years later I gave birth to my son and kept my promise to myself by going for the epidural. There’s no comparison — having the epidural and getting him out in two pushes was absolute luxury in comparison. I thought that doing it without meds would make me a better person, like training and completing a marathon, and I’m certainly proud of myself for doing it, but there’s no one handing out prizes for childbirth. Actually being a mom is the tough part, so I’m all about making the physical experience as safe and easy as possible.”—Jen, 35

5. “Going unmedicated with my second child was nothing like the movies portrayed. I was ready for the worst: screaming uncontrollably, sweating my ass off, and spewing swear words at my husband. To my surprise, it was actually beautiful and magical. I prepared myself mentally and physically using the hypnobirth method. Contractions felt like intense menstrual cramps, my water breaking felt like someone just pulled and snapped a huge rubber band inside my belly, then I felt like I needed to take a huge poop. I was laboring in the tub to help with the contractions, and when I said I needed to poop, my midwife told me it was the baby coming. I sat on the toilet, and still kind of didn’t believe her. I thought I was just going to take a huge crap in front of everyone. So I pushed and instead of a huge poop, it was the baby coming out (thank goodness). I started to feel a burning sensation in my vagina, like I was about to tear. So instead of forcing it, I slowed things down and did little pushes until [my baby] came out. It literally felt like I was shitting a watermelon … a super cute watermelon.“—Lindsay, 31

6. “Giving birth without medication felt very natural, but very painful. Mentally you know [birth is] natural, but physically you’re going to feel a lot like the Hulk is twisting and pushing on your stomach (inside and out) and pulling very hard. Imagine what trying to push a bowling ball through something the size of dime would feel like. Giving birth unmedicated was far superior to medicated [for me]. I was totally in it, focused, and oddly felt utterly beautiful — like I was the epitome of what our bodies were made to do, and it was absolutely magical. I also, oddly enough, craved an ice cold beer during my contraction breaks and even mentioned it to my doula — which she put in my birth recap for me. It should be noted I typically hate beer, and love wine.”—Beth, 36

7. “I had an epidural with my first daughter and I thought it slowed down the whole labor process, so with my second I really wanted to try and have her sans meds. Once the contractions started it felt like someone was stabbing me with a thousand knives, but luckily things progressed really quickly — my daughter was already 10 days late. As I was pushing, I remember looking at my husband and at one of the nurses and saying I couldn’t do it, at the same time knowing there was no way to get out of it! Right after my daughter was born the pain subsided and I felt an overwhelming sense of accomplishment and a feeling like I could do anything I put my mind to. “—Jessica, 32 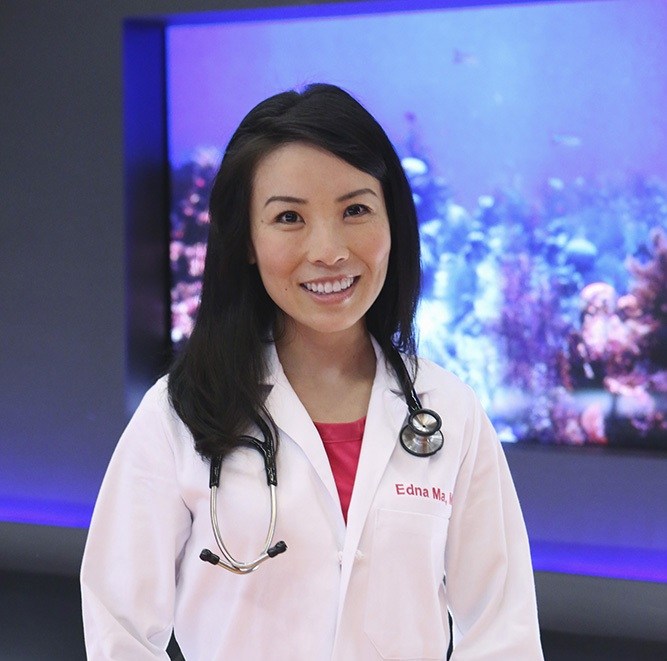